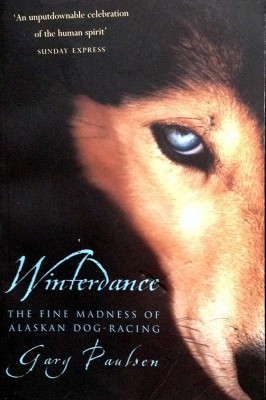 I have just read
Winterdance by Gary Paulsen and am still a bit overwhelmed. He is a very entertaining
writer and it feels immediately as if we were soul mates. He does not like
moose, and I understand him. American moose seem to be seven times worse than
our Swedish.

The story about his
apprenticeship period with the new dogs, the dogs from hell, was incredibly
funny and reminded me of my time as a horse coachman in forest work. The timber was heavy and the horse did not
have the same understanding of how the work would be carried out, as I had. It
hurt both body and soul. Learning time is often quite painful.

Iditarod race is
probably not for me, seems to be terribly demanding, but it was an amazing trip
to read about. Read it!

During the time
that I read often returned the memory of an old workmate, Grizzly, a stunning
mix between Greenland dog and an unusually large German shepherd. He became an outstanding friend and companion
during ten working seasons in the wilderness. 55 kg muscles in a sweet little
doggy. 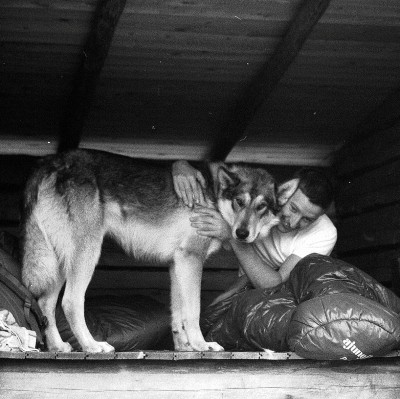 He tracked better
than me, especially on bare ground. He worked very methodically, from footprint
to footprint. He was a nature lover with a very big heart and even tried to
spend time with an adult male lynx. (Holy shit what angry it became!) It went
better with wolves, them he was dancing with a few times. He was pretty hungry
and got a very special look when he saw squirrels or reindeer, the same big wet
eyes that I get when mashed turnips with pork served on a plate …

The only animal
he did not like was the bear, it scared the crap out of him. Therefore I always
knew if there were bears around when I prepared our night camp. It’s safe and
cozy with a four-legged companion at the campfire, except when they are staring
stiffly out into the darkness and growls … 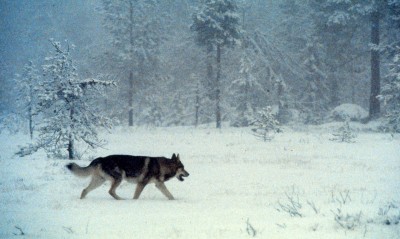 It happened that
he almost scared the life out of a hunter or fisherman who we met during our wanderings;
he was sometimes quite similar to a wolf. About the same size and color
coverage, at least for those who were not used to seeing wolves.

We had a deal; he
did not need to have a leash if my commands were obeyed. From the first week we
had developed a common language that was based on thin whistles, small gestures
and appealing looks. At least it was my communication with him, he answered
mostly with a low voice Woof.

On one occasion
when twilight prevailed, I suddenly saw him at his own journey of discovery at
the edge of a bog next to our camp. I got pissed; he broke our agreement so I
took the leash in my hand and walked with firm steps to connect him. When I
reached halfway, I suddenly hear rustling sound behind my back. It’s the dog
who had just woken up and rushes up from his bed hidden under a spruce. What I
was about to hook up was a wolf … 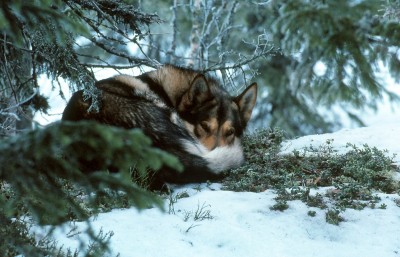