Another bad year for the Golden Eagle. 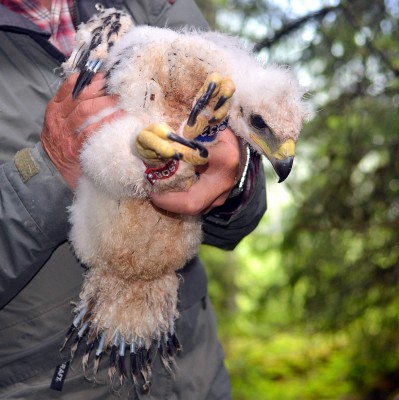 We had
seven active golden eagle territory and a great spring, but got only a little
one this year. If you want to be positive about it, that is at least one more
than last year. There also seems to be the same tendency in the neighbouring
counties, few kids was born. Maybe it’s because poor prey availability.

On Friday
it was time for ringing, I hope to return with information on the eagle’s
continuing adventures in the coming winter. The eagles we previously ringed
usually show up on carrion in the neighbouring counties, where dedicated
ornithologists studying them. 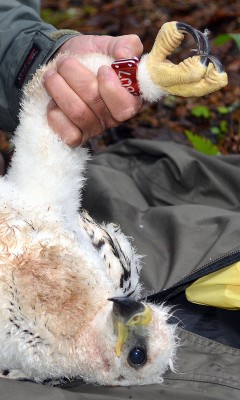 One does
not like to shake hands with a golden eagle, not even with a small one, for the
sharpness and power of the claws are impressive.