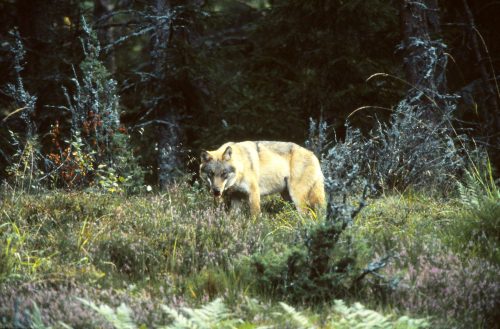 Over the years I have spent quite a bit of time with sleeping wolves. Both in the wild and in zoos. A great benefit I received both through work in various game projects and through own studies. It’s an experience I treat everyone who likes wolves. It gives peace and tranquility to the soul and provides useful time for reflection. Genuine quality time!

In the nineties I worked with a transmitter-supplied female wolf that became almost world famous, at least in Sweden. Of the locals she got the name – Ylva. She is probably still the wolf that has the greatest place in my heart, a fantastic personality that gave me several unique experiences during the years we got together.

After several unsuccessful attempts to anaesthetize the wolf and replace her transmitter, which was extremely important because our project was dependent on it functioning, I examined the possibility of sneaking at her when she sleeps.
Something that most people considered to be crazy and totally meaningless
because wolves are so incredibly vigilant and shy animals.

The morning of 5 june 1991 I got my chance. The radio signal revealed that the wolf slept in the middle of a small marsh, she had been at rest for some hour and only lifted her head a few times to check that everything was calm in the surroundings. I approached very carefully, moving a toe at a time… at least figuratively speaking. Every meter I advanced got to take a lot of time. When after an hour I had the wolf lying just 17 meters away, it was enough. I had more than proven that it could be possible to access her in this way.

Sitting on a marsh a summer morning with a deeply sleeping wild wolf next door was a strange experience. Suggestive and present at the same time. The wolf had made herself a soft and comfortable sleeping pit deeply submerged in the bog, the only thing I saw of her was a little fur and the right ear. 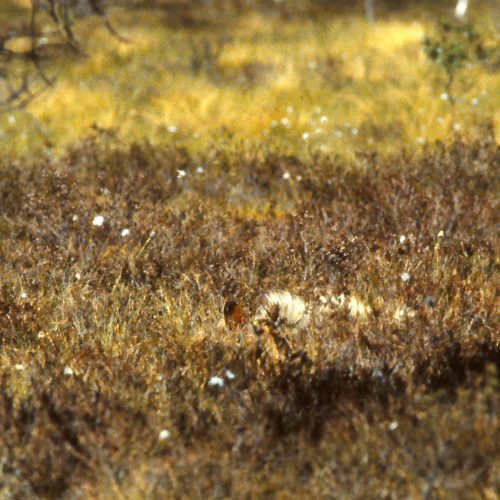 I expected that she would at any time notice my presence and rush from the place, but the minutes went by and nothing happened. In the end I started to worry. She didn’t move, had she died? I started talking a little low … no reaction. I raised the voice … no reaction. In the end, I coughed dry, like the wolf’s warning sound, and a fraction of a second later, I looked straight into the eyes of a very new awake wolf. (she didn’t even comb herself) 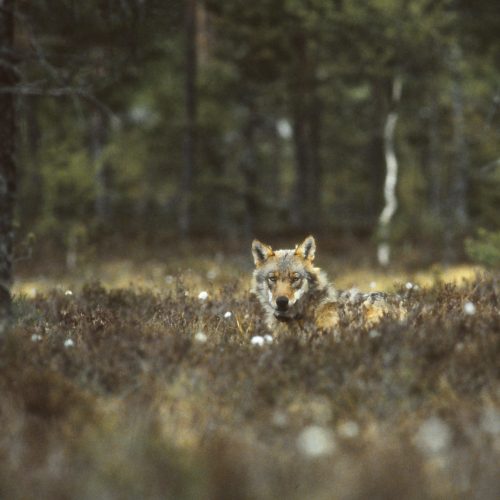 a fraction of a second later she rushed off and first stopped about a hundred meter away to look at me again and probably ask herself, what the hell happened… 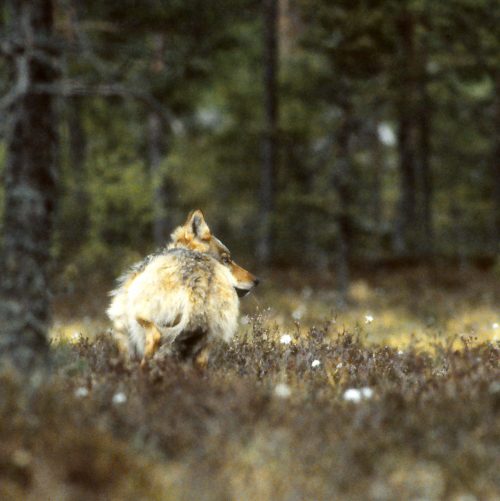 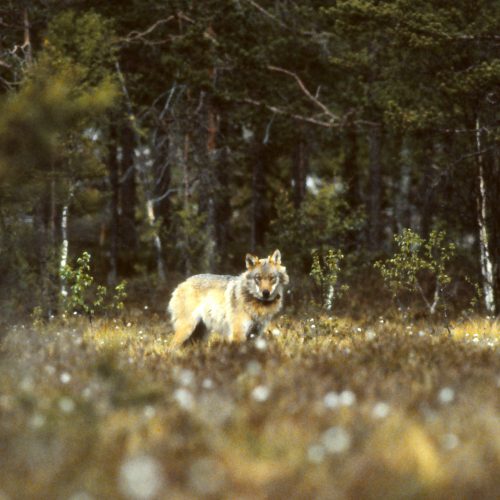 Together with an extremely skilled shooter and colleague, we succeeded later that summer, on the third attempt, to sneaking us on the wolf as she slept, anaesthetize her and replace the transmitter.