From the
middle of Sweden and north, you can now see a gray-brown butterfly patrol
around the sunlit pine trunks in the mire landscape. It’s the Baltic Grayling (Oeneis jutta), a species in the subfamily
Satyrinae with a circumboreal distribution. It occurs in bogs and tundra in the
north of Europe, the Baltic States, the Urals, Siberia, Northern Kazakhstan,
the Russian Far East, Northern Mongolia, Northeastern China, North Korea and
North America. (In Canada it occurs from Newfoundland to British Columbia.) 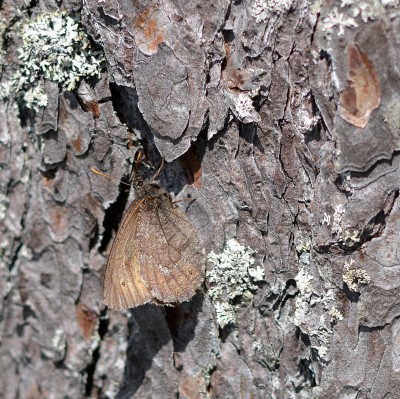 In Sweden,
it flies from early June to mid-July every two years, so you could not see it
last year and will not be able to see it next. It flies only in even years, so
take the opportunity; the next time will be in 2018! 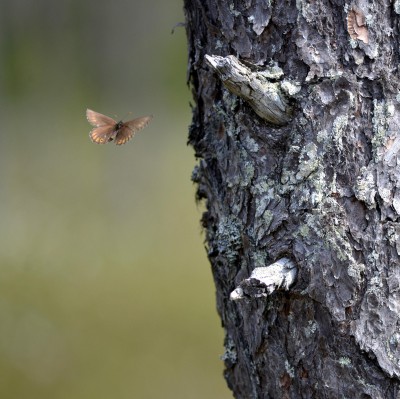 The
butterfly often starts at the root and then flits rapidly upwards along the
stem, sometimes up into the crown of the smaller pines before popping down to
the next pine and continues. 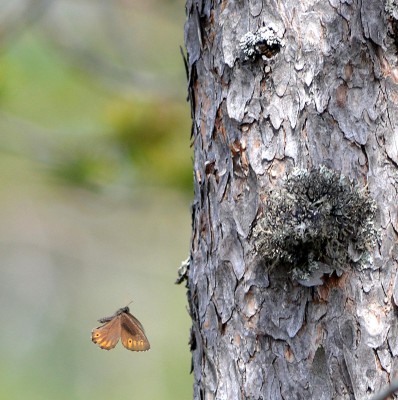 Flights
season varies in different places in the world. In Canada, for example, Baltic
Grayling flies from late May
to mid-June in eastern Ontario, from late June to late July at Churchill, and
into August in Newfoundland and Labrador. It is biennial, flying in even years
in southwest Manitoba and the west and mainly in odd years from southeastern
Manitoba eastward; at Churchill and in the Mer Bleue bog near Ottawa it flies
every year. 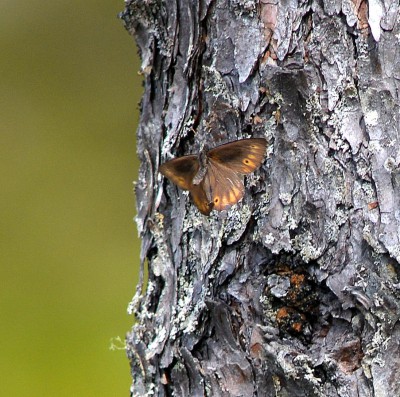