This time
of year, nature is like one big nursery. It is a lovely time to gently roam
around. Listening and watching, with all senses open to impressions. 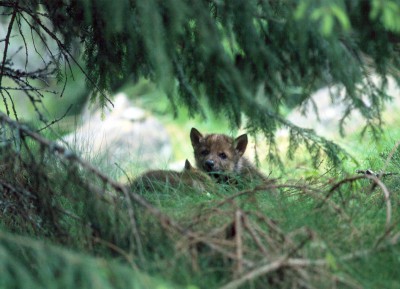 At one
point during the nineties, in the middle of June, I ended up by chance only a
few meters from two wolf pups. They were quite busy, playing with a bone from a
moose calf, the adult wolves left with them. They quarreled almost silently and
very gently, the only sound that could be heard was a little panting breathing
and occasional, puffing snort sound. 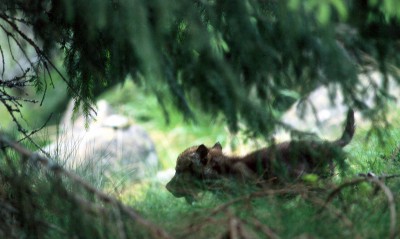 One of the
puppies discovers me almost immediately and sneak away, the other continues
energetically its struggle with the bone. It pries and hauls snorts and puffs
but barely manage to dislodge the bone without the other’s help. 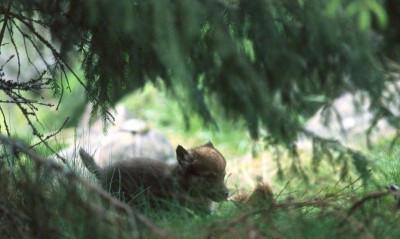 It tire of
after a period of struggle and put a sudden course straight toward me. Detects
me; at first frightened, then curious. Thinking whether I’m friend or foe, and
then strolling slowly away after the sibling who had disappeared under a dense
spruce. 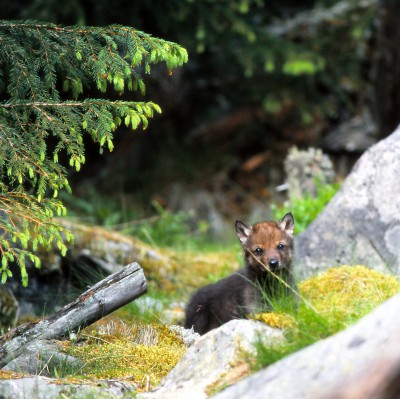 … Yet still
unaware that within a few months it turns into a bloodthirsty beast; hated and
persecuted by humanity.