It has been
a varied week both in weather and tasks. Mostly overcast conditions, when it
has been tracked wolves and wolverines, but also fine sunshine with good
sightings of golden eagles. Only a few degrees below zero at night and a few
degrees above zero in the daytime. Spring is on its way. 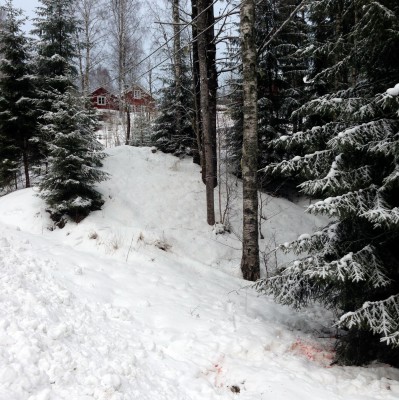 One morning
we heard the raven crying outside our cabin, nothing unusual, but it was much
closer than it usually is. It turned out that two wolves during the night, had
killed and eaten, one of the roe deer that terrorize our garden. (I take care
of some small sallow trees grown especially given the bumblebees in the spring.
And who was munching on them last week, if not precisely these roe deer! But as
you all know, crime does not pay and this time got the bad guy to pay with
life!) If we had woken up and looked out the window, down the river, we had
been able to see what happened. But oooh no. We slept sooo well! (It would have
been interesting to see, but it was certainly too dark anyway.) 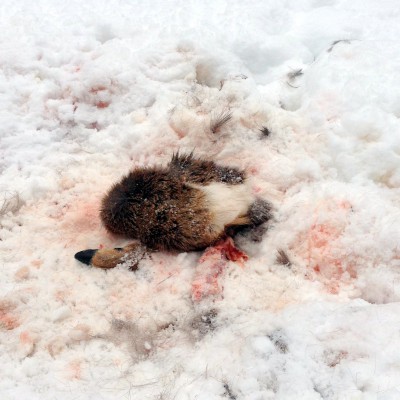 There is
not much left of a roe deer when two hungry wolves taking a midnight snack. 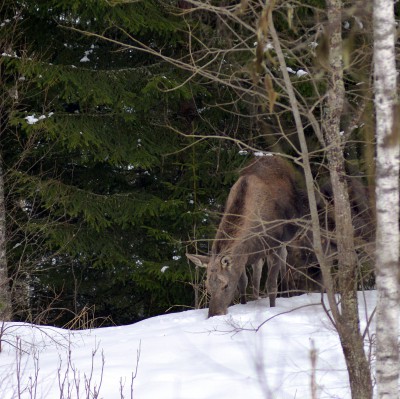 Some days
later, a moose cow with her two calves passed the place, (yes … we have a new
moose cow with calves discovered the charm of our garden!) she showed great
interest in the wolf tracks and tracked them for a short distance. I have seen
this behavior several times before during tracking, but this was the first time
I saw it happen. Maybe she tried to judge when the wolves passed and which
direction they took. She seemed very suspicious.