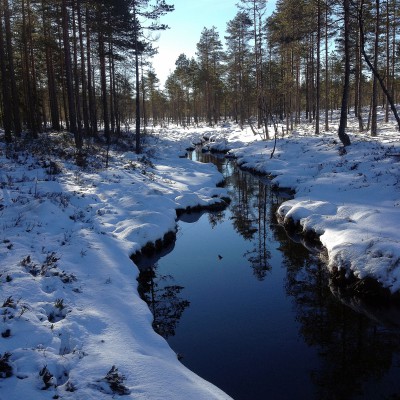 It was a
gorgeous day in the wolves’ tracks, with continued course straight into Norway.
I became more and more convinced that it was the Gräsmark couple I followed, but
the response in the form of droppings and urine was not found until late in the
day. (And the test results come first in a week or two.) 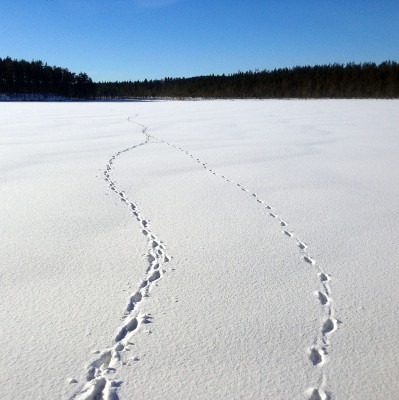 They
crossed each lake or river they encountered, and I had to go around according
to the safety rules that we have, and which I support with all my heart. The
ice is very sneaky this winter, so I do not take risks.

Even today
I found a moose killed by wolves and it was also completely eaten. It was an
old moose with much worn teeth. The front teeth in the lower jaw were worse
than I’ve ever seen before. 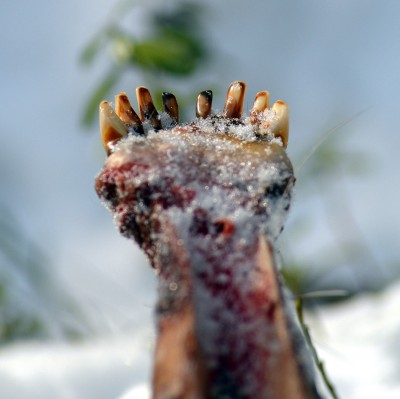