Wolf pack territory changed between years and overlap at times. When last year I thought I tracked the Kerto pack, DNA analysis showed that it was the Gräsmark pack. In January this year, I once again tracked in exactly the same place, and I thought it was Gräsmark … But it was Kerto! Today I tracked again, in the same place as before, and that should reasonably be Kerto because they ate of the moose they killed in January … but the tracking went to our neighboring country, Norway… And that is Gräsmark territory. Perhaps I will get answer during tomorrow’s tracking. 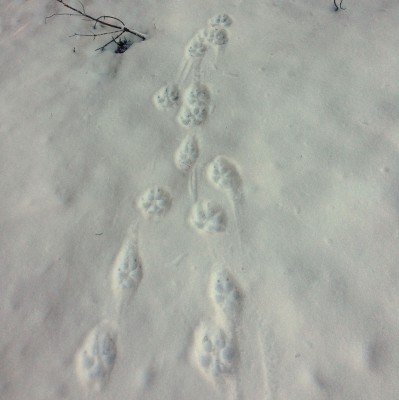 When the wolves cross the watercourses I have to take me around in some other way. It often makes the walk twice as long. Tracked down to the river and went back the same way, then took the car via Norway into Sweden again, and continued to track when the tracks were found. Wolves do not care for cold water. Wolf trackers do. 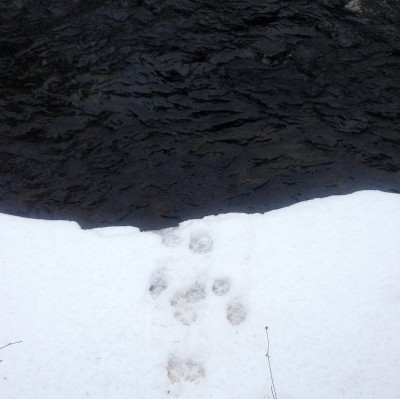 There is
not much left of the moose calf that wolves killed in late January. Hungry
wolves, red foxes, raven and one or two golden eagle has had a feast. Voles,
mice and small birds continue partying, and thereafter hand over to insects and
even smaller organisms, the natural cycle. 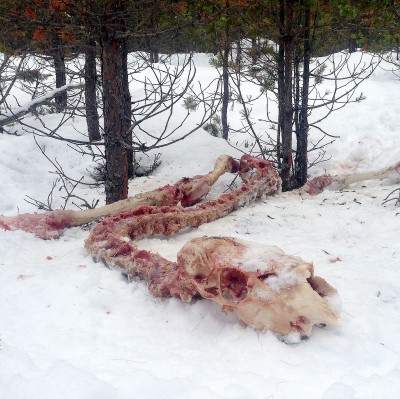