The bear does not sleep anymore

Today Tiburtius day, according
to ancient folklore, the day when the bear leaves the den. I have not seen any
tracks yet but they tend to be awake this time of year. Soon, you can see the
impressive tracks on patches of snow and along muddy roads. 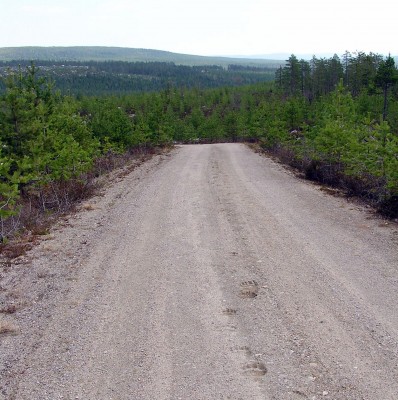 First time after they woke up,
they stay around the bear den. The body needs to get in shape after the long
sleep. The plug … need to be removed and bowel function get started. Tree
Bark can serve as food for some time, but as soon as they start wandering ants
stands for maximum protein intake and other goodies that they find, like rotten
moose carcass. Yummy! 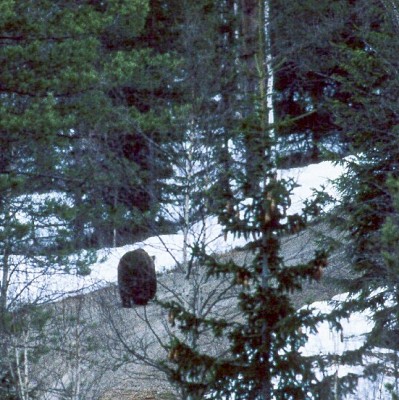 It is exciting to study the area surrounding a used Bear’s Den, after the bear left it, of course. (okay, more exciting if the bear is still in the area but it could then become unhealthy excitement …) 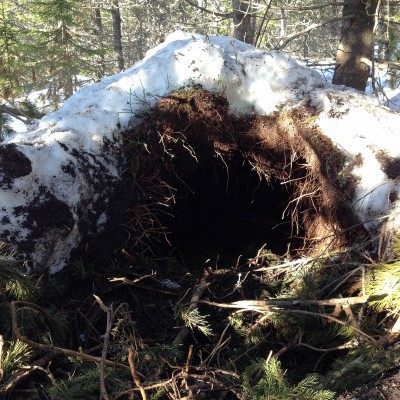 At a Bear training camp I found
the bear had; Climbed into seven trees, sometimes up to 6 meters in height.
Knocked over and demolished seven rotten tree trunks. He had slaughtered six small spruces, fifteen
birch saplings and three smaller pines. He had also clawed, bitten and lopped
twenty pines, two birches and three firs. Spruce twigs were then braided into
thick and warm beds. 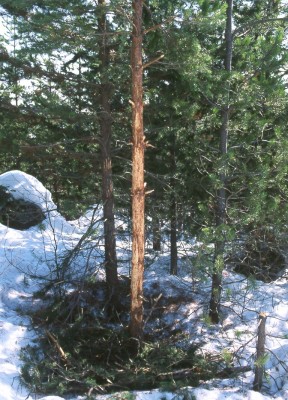 Seven meters pine bark had been
used to fill a hungry bear’s stomach. Eleven droppings confirmed that fiber is
good for the stomach. And some toothpicks were not needed … 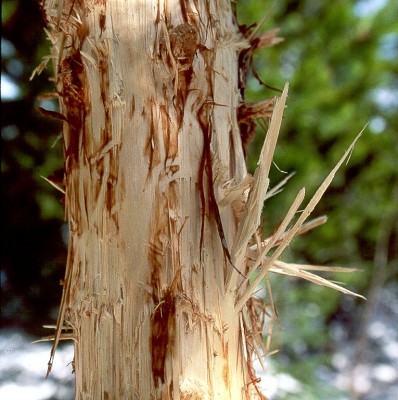