Sex is in the air! 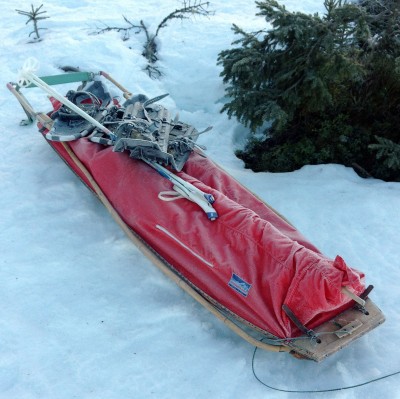 The wife and I
did a chilly night outdoors last weekend. We thought about taking the
temperature in the spring and it proved to be hot, although it was slightly
more than 10 degrees below zero. About twenty black grouse held party on the
marsh and traces showed that even a capercaillie rooster had pulled the wings
in the snow. It’s almost time for the mightiest spectacle in the spring,
capercaillie games. 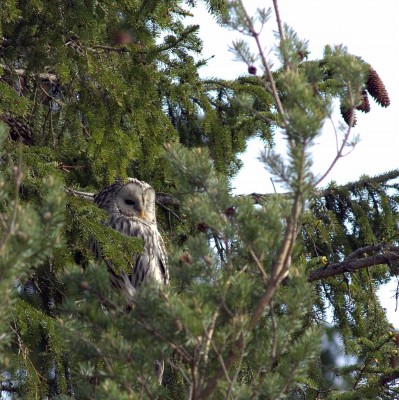 At dusk landed
two hawk owls next to us and mated. Soon after, it was time for two pygmy owls.
The day before, I had seen two golden eagles mate in the top of an old dry
pine, incredible wilderness feeling especially since a hawk owl right next
cried out for female company. The same morning woke a colleague with two
barking Ural owl who looked hungrily at him. Last but not least, my parents
have a horny eagle owl that just after twilight crying out for beautiful ladies
from their fire ladder … it’s a busy time in the woods for some time to come! 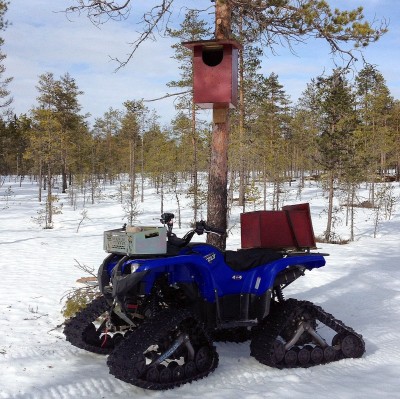 I worked on the
boundary of a new nature reserve yesterday and took the opportunity while
putting up some nesting boxes for Ural owl. The working machine worked great as
a platform. The absence of old trees with nesting holes nowadays doing nesting
boxes extra valuable. I hope that the owls notice which generous and nice
person I am and ends to hit me in the head when I pass forwards early summer.