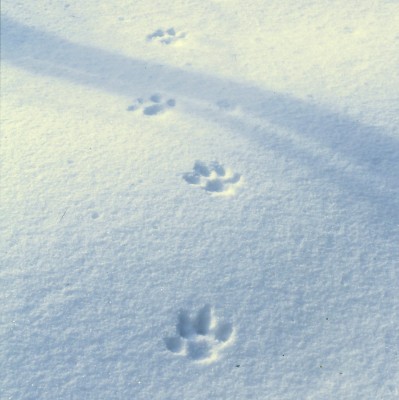 Last week has
been a lonely cat walk. I have been following up reports of family groups of
lynx, but only found solitary animals. The population has really decreased in
our area in recent years. Sadly, it is an absolutely fantastic predator;
hopefully it’s just a temporary setback.

It is noteworthy that even
experienced hunters often miss judge tracks from lynx. They think they see
traces of animals with different size of the paws and report it as family group,
when in fact it is only one animal that walked on a bit different surfaces. (Although other factors such as speed and gangue influences the track size.) 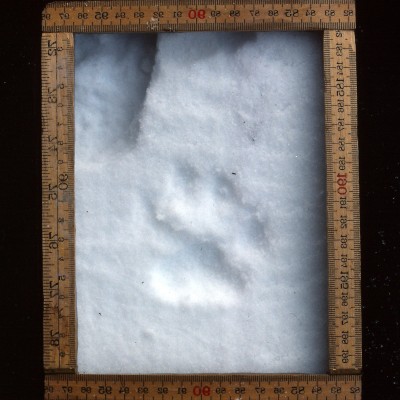 On hard ground footprint is
slightly larger than that of the red fox. Approximately 7-9 cm long (Red fox;
5-7 cm) While dogs have a symmetric paw (where you cannot distinguish between
right and left footprint) have cats an asymmetrical. The picture shows clearly
that it is a right front paw. (Compare with your right hand) That there is a
front paw shown by the shape of the metatarsal pad, it curves slightly inwards.
(Rear foot metatarsal pad bulge slightly outward) 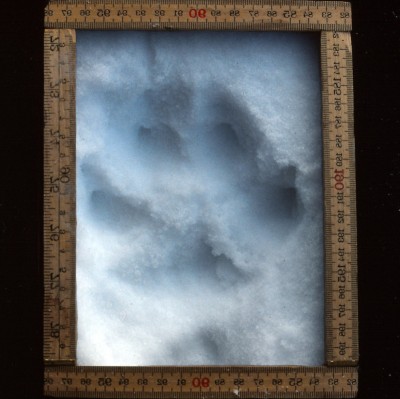 The lynx has built in snowshoes!
On loose surfaces, it sprawls with its paw to obtain as good carrying capacity
as possible. There are only a few meters between the above two pictures, but it is the same animal, only the snow cover is different. Not infrequently is this larger type of lynx
tracks reported as wolf tracks. 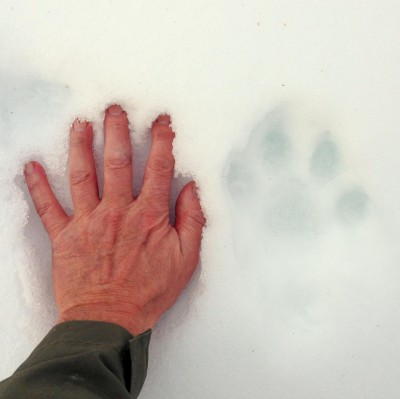 If the tracks are affected by
thaw one day they will be impressive, suddenly, we have very clear traces from
our “European tiger”.