New Year’s night
was cold but when the day dawned, it was above zero. Then it got warm and
almost all the snow disappeared. Yesterday was bare ground at our farm. At
night the snow came back, so now it’s winter again, but the weather forecast
promises rain for tomorrow … Where has the old-fashioned winters gone? 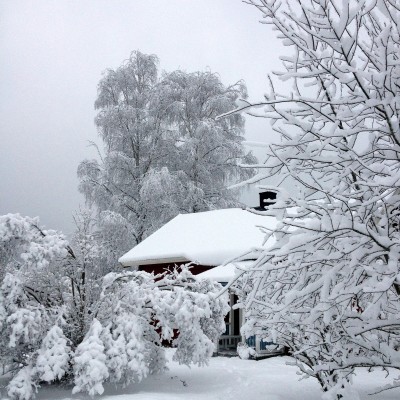 First working day
of the new year. Nice, but hard to come up in the mountains despite four wheel
drive and high ground clearance. 20-30 cm of wet snow over icy roads … Yummy!

Found night old
traces of a wolf pack but it became less than a kilometer tracking.
Backtracking led to a sump area where I did not want to go over. (Comfortable
after the holidays 🙂 The tracks ahead indicated hunting for moose, so there I
did not want to disturb. At least I know where I’ll continue tomorrow. 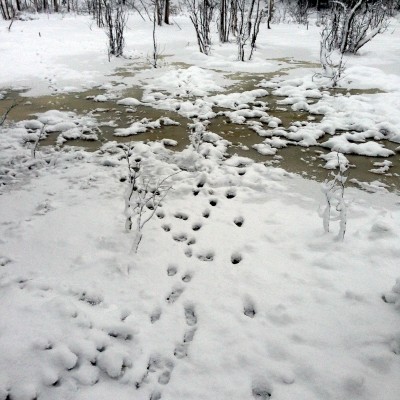