Algodonales
is a small mountain village in Andalusia, Spain, often mentioned with great joy
and passion of paraglider pilots. Now I understand why. After two weeks among
these devoted and lovely people, I am lost and longs already back. 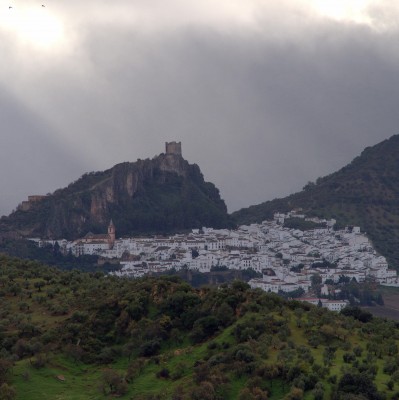 The area is
known for its white villages, in part, a remnant of the Moorish era ended in
the late 1400s. The image above is from the neighboring village, Zahara de la
Sierra. 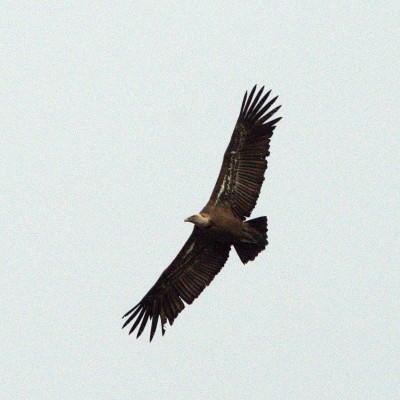 To fly
along with griffon vultures, was a dream come true. These majestic birds with a
wingspan of nearly 3 meter seemed almost amused by to hang out with us. A pilot
I met was swerving in thermals with more than 50 vultures around him! An
experience I hope intensely on for the next visit. (Mine came mostly as single
and glared at me a little hungrily) 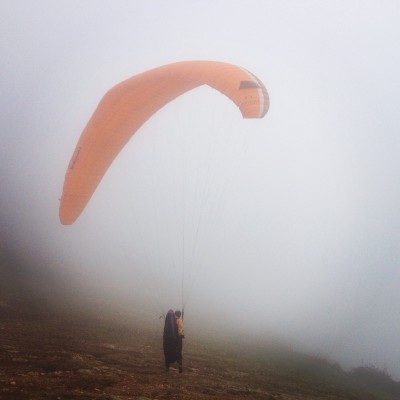 For a few
days, was the weather gods teasing us. Nice wind but hard to find the way.
Sierra De Lijar. 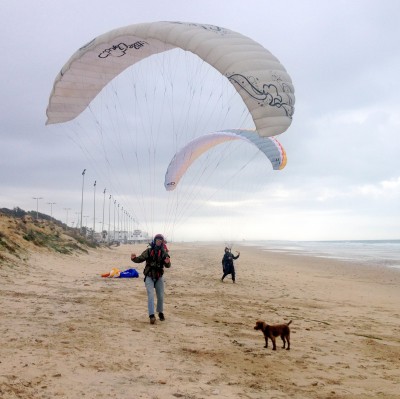 So we went
to the coast, to Conil, where some just beginning with ground handling before
the rain came after ten minutes. 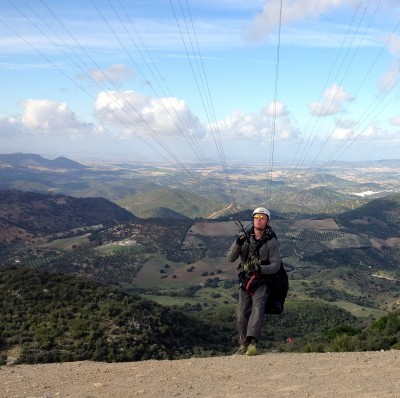 Other days
were fantastic, with magical flight of the Spanish countryside. Style Study of
Stu. El Bosque – take off. 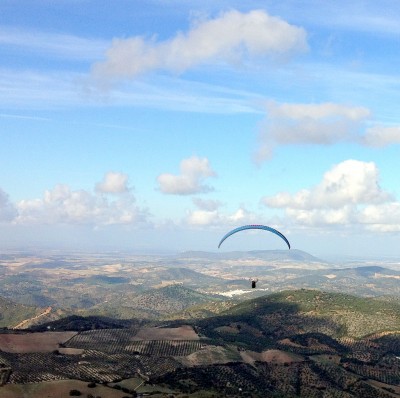 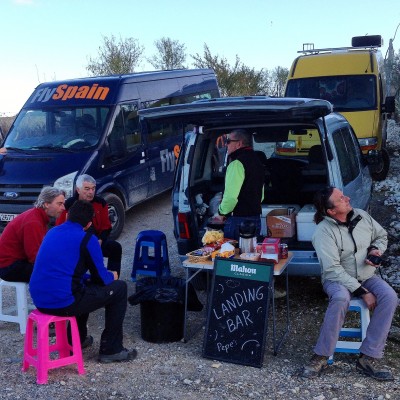 Pepe had
not only the village’s best pub; he also followed us with their mobile landing bar.
How else would we have been able to get cold beer at the last evening flight? 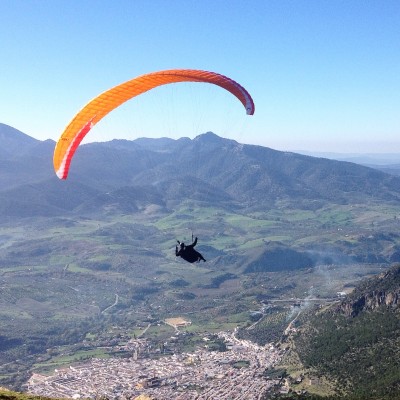 It was
powerful to fly over Algodonales, the village where we lived. 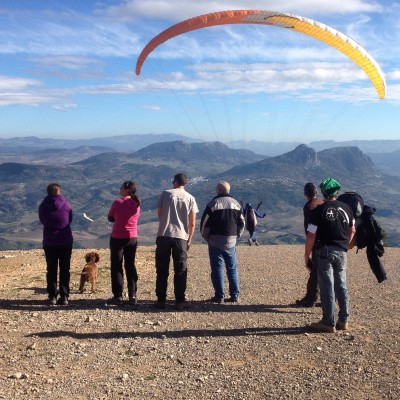 Last flight
is still in place as a restless spirit of the soul. What a great bunch, hope I
get the opportunity to fly with you again. Love you all.