One in the pack!

I guess I’m
somewhat of a lone wolf. Listening, observing and pondering over the order of
things. I have over the years spent long periods alone in the wilderness, by
the campfire, or in the endless book of tracks and characters that always
surrounds us. Perhaps I have become wiser, or maybe it’s the other way around
so that I understand even less than I did before. Most of it is simple and
obvious, yet so incredibly complicated. 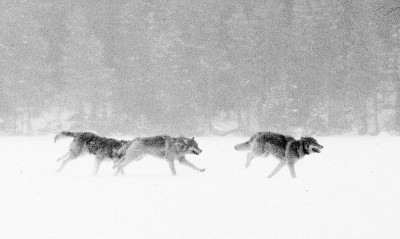 When I
started working with wolves in the mid-eighties, we estimated that there were
three individuals in Scandinavia. Today, we believe that there are about four
hundred. The work of ensure an endangered species now turn to management. There
is talk of extensive hunting of wolves, maybe already this winter. I’m
ambivalent, not entirely comfortable with the idea; it will probably take some
time to get used to. 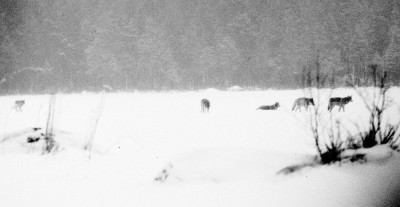 Hundreds of
wolf meetings have given me endless joy, some more amazing than others. Like
when I encounter a wolf pack in heavy snowfall, with course straight towards
me. I stand stiff as a statue, waiting for a big rock to hide me from the
wolves. When that happens I lie flat in the snow and trying to look like a
stump or something. It works well, almost too well. I allow myself to snow over
and end up next to a resting wolf pack. For almost two hours! 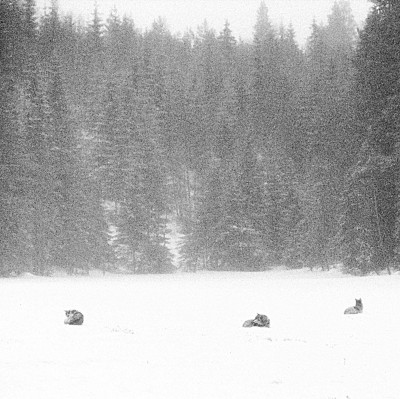 I freeze
like a dog but force the body to endure the cold. The reward becomes a variety
of observations of social behavior among young wolves and alpha female. Bickering
around an old blade-bone, affectionate play and, not least, my own sense of
almost being one of the gang.