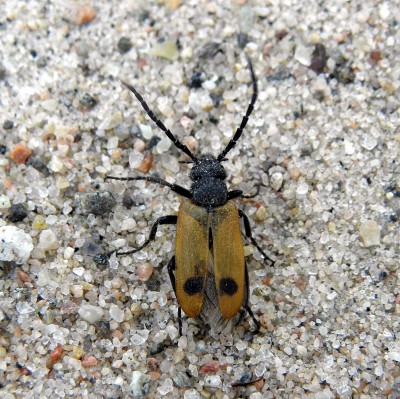 Right now swarms the beetle
Apalus bimaculatus on open sandy areas that gravel pits and ditches. It has
overwintered in the ground as imago and is now ready to mate. The adult beetle
is only seen above ground during a few weeks just after the snow melts in
spring, normally from the end of March to the beginning of April. Today I went
to the best venue I know, there was full speed, I stopped counting after two
hundred!

The larva of Apalus
bimaculatus live in the nest of the solitary bee species Colletes cunicularius,
who primarily collects pollen on Salix caprea. When it finds a nest it will eat
the food stored for the bee larva and supposedly eventually the bee egg or
larva itself. It seems to stay as a triangulin larva at least a week and after
that it goes to the next larva stage. The pupa will then hatch during autumn
and the imago will stay the winter in the bee nest to emerge early next spring
to mate.

The species is considered endangered, NT on the Red List. 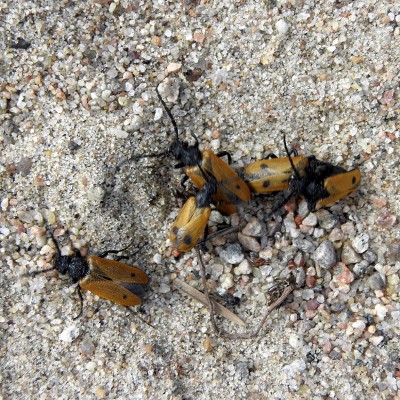