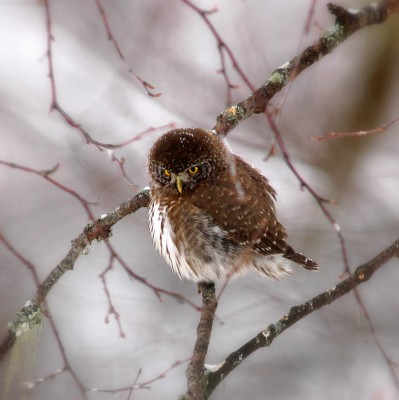 During the past four days have a pygmy owl been chasing around our bird feeding, much to the chagrin of the other dinner guests, but to the delight of me. Perfect to mix editing with nature photo. I think the result became really good, especially considering that the image is taken through two panes of glass!

Also this year, the number of squirrels at the bird feeder
gradually increased. In december it was only one, at the end of January they
had become three and today showed the fourth up. We’ll see if even a fifth show
up before the season is over, as it did last year.