It was not until January as the first squirrel showed up at the bird table this year. A week later came another, then another until they were five! Where did they come from? They are truly welcoming guests, and very entertaining. 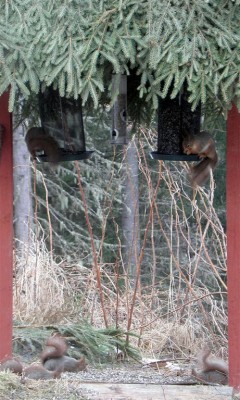 A few years ago we were hit by a notorious strawberry thief! The red berries resolved despite protective nets. Caught in the act, we found an adorable cute baby squirrel. It was obviously forgiven 🙂 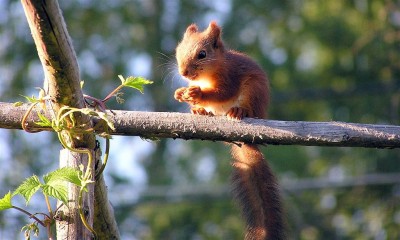